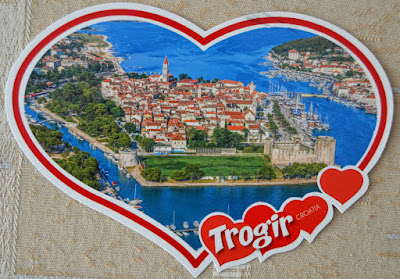 Trogir is a historic town and harbour on the Adriatic coast in Split-Dalmatia County, Croatia, with a population of 10,818 (2011) and a total municipality population of 13,260 (2011). The historic city of Trogir is situated on a small island between the Croatian mainland and the island of Čiovo. It lies 27 kilometres west of the city of Split. Since 1997, the historic centre of Trogir has been included in the UNESCO list of World Heritage Sites for its Venetian architecture.
Autor: polish.bot o 7:27 PM