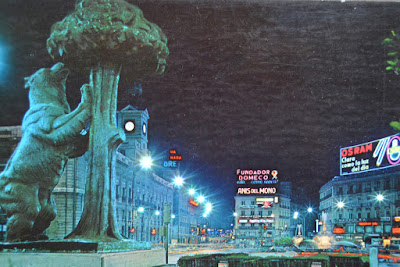 The statue of the bear and the strawberry tree is a sculpture from the second half of the 20th century, situated in the Spanish city of Madrid. It represents the coat of arms of the city and is found on the east side of the Puerta del Sol, between Calle de Alcalá and St. Jerónimo run, in the historical centre of the capital.
Autor: polish.bot o 8:19 AM