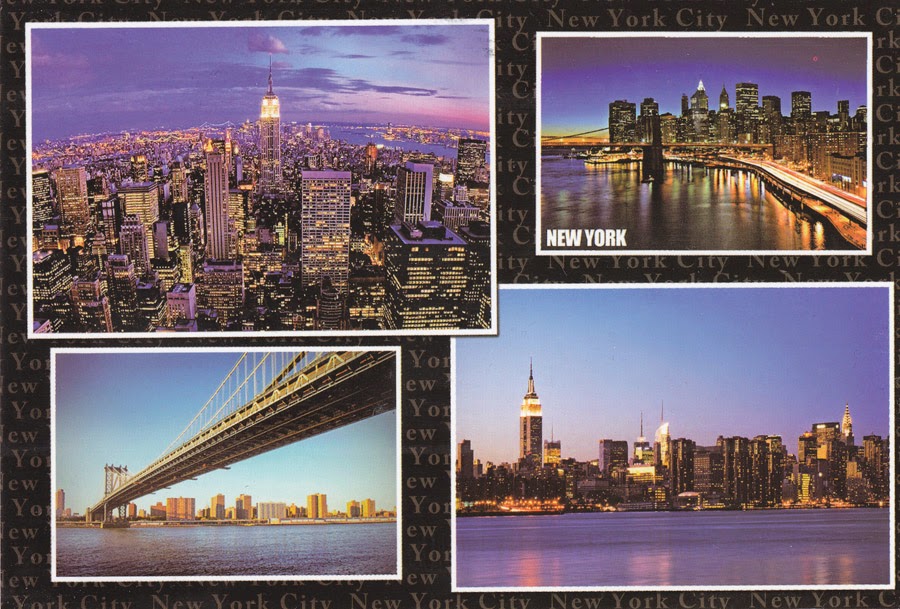 Received from: the USACategory: Postcrossing - official cardDate: April 2014Distance: 6852 kmTime of travelling: 5 days
New York traces its roots to its 1624 founding as a trading post by colonists of the Dutch Republic and was named New Amsterdam in 1626. The city and its surrounding

s came under English control in 1664. New York served as the capital of the United States from 1785 until 1790. It has been the country's largest city since 1790. The Statue of Liberty greeted millions of immigrants as they came to America by ship in the late 19th and early 20th centuries and is a globally recognized symbol of the United States and its democracy.
Autor: polish.bot o 6:55 PM